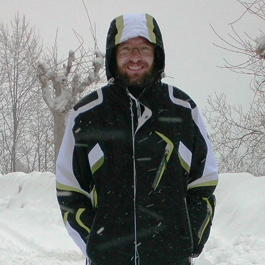 Armin Rigo, now independent, was last a researcher at the Heinrich-Heine Universitat Dusseldorf (Germany). He studied Mathematics at the University of Lausanne (Switzerland), obtained his Ph.D. in Logic and Set Theory at the Free University of Brussels (Belgium) in 2002, and worked at the University of Southampton (UK) until 2005. He is the author of Psyco, the first just-in-time compiler for Python. He is one of the founders and lead developers of the PyPy project which began in 2003. He has taken part in all areas, from the Python language definition to the RPython translation framework, including the garbage collector and the tracing just-in-time compiler.

The PyPy project has recently gathered a lot of attention for its progress in speeding up the Python language -- it is the fastest, most compatible and most stable 'alternative' Python interpreter. No longer merely a research curiosity, PyPy is now suitable for production use.

The speed comes from a custom Just-in-Time compiler (JIT). It is the first Virtual Machine to have a JIT generated automatically from the interpreter of the language, for a complicated language like Python. It makes it correct and complete by construction. The JIT itself is a tracing JIT, roughly similar to TraceMonkey.

In this talk we will see examples of what PyPy is best at (pure Python code that runs for a while), what compatibility issues you may run into (very few), how to use CPython C extension modules (you can more or less, but it's slow), as well as dig a bit below the surface and use some tools to view the x86 machine code that was produced by the JIT.

I will end the talk with an overview of Software Transactional Memory (STM) and how it promizes to give a PyPy without the Global Interpreter Lock (GIL), i.e. able to run a single process using multiple cores.