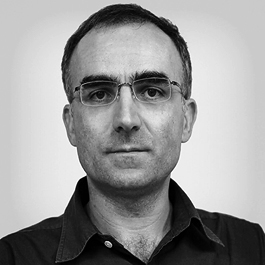 Kevin is a scientist at the Centre for High Performance Computing in Rosebank, Cape Town. His research interests are in all areas of computational mathematics. A graduate of the University of Cape Town (applied mathematics), he has worked as a lecturer and systems administrator before moving on to supercomputers.

Andy Rabagliati does contract programming at the Centre for High Performance Computing for the oceanographic department at the University of Cape Town.

Part 1 of this talk will give an overview of how Python scales to supercomputer-sized programming and a brief introduction to using the message passing interface (MPI) library to scale a Python program to large distributed memory cluster systems.

The fastest and largest high-performance computing (HPC) systems are all distributed memory cluster systems. The message passing interface (MPI) was developed and designed to allow many programming threads to communicate efficiently across the high-speed network of a cluster supercomputer and effectively act as a single HPC program on thousands of processors. Python has access to the MPI library through the mpi4py module. An overview of HPC will be followed by an introduction to MPI with examples in Python using the mpi4py module.