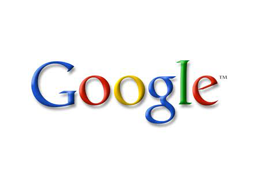 Google's strategy in Africa is to get more users online by developing an accessible, relevant and sustainable internet ecosystem.

One of the ways Google does this is by building a sustainable community of developers, IT professionals, business owners and entrepreneurs and empower them with tools to create services and applications that contribute to making the internet more a part of the day to day lives of Africans.

Google seeks to inspire developers everywhere by providing them with information and resources, training, and entrepreneurial support. Google has organized challenges and competitions to motivate developers and tech enthusiasts to build great technology solutions. An Android Developer Challenge was organized in 2011 which saw 2 South African win honorable mentions for their Android apps Wedding Plandroid and Rainbow Racer. This year, there is the ongoing Google Apps Developer Challenge. Our support extends to tech start-up programs, such as Umbono, so that we can also help technology entrepreneurs turn their ideas into businesses.

Google works with many developer communities, and most closely with the independently led Google Developer Groups (GDGs). There are 3 recognized GDGs in South Africa (Johannesburg, Cape Town and Pretoria) and over 50 more on the African continent. These groups meet up, to organize bootcamps, workshops, hackathons and bigger events like Barcamps for the wider technologist community.

See meet-ups around Google I/O Extended in Pretoria, the Google Apps Developer Challenge in Cape Town and the Google+ Hackathon in Johannesburg. Information about these groups, the resources Google offers for developers and events for building these tech communities’ capacities, can be found at developers.google.com.